Getting to the root of the problem #1

Root cause analysis is based on the belief that problems are best solved by correcting or eliminating their root causes, instead of simply responding to the symptoms. In other words, by identifying and dealing with root causes, the recurrence of problems will be minimized. Of course, just one round of applying control measures will not always ensure the complete prevention of recurrence with. Root cause analysis may need to be a re-iterative process.

Two of the more well-known tools used in root cause analysis are the 5 Whys and Cause and Effect Analysis. In this article, we'll take a look at the former. 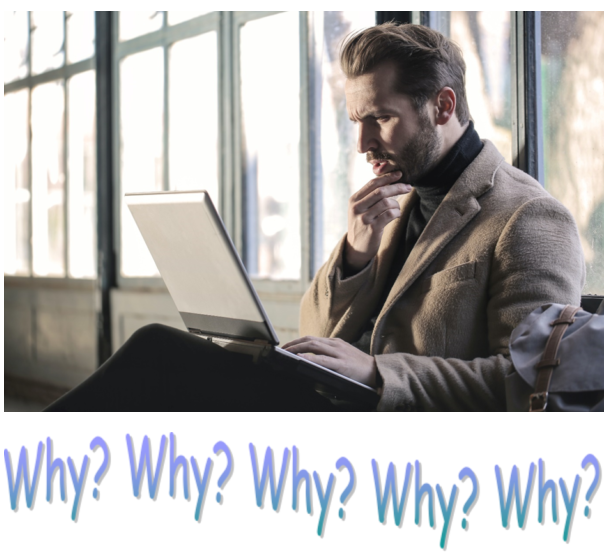 The technique known as '5 Whys' is extremely simple yet can be very effective. It is repeatedly asking questions to gradually delve below the surface problem and uncover its root causes. Of course, the number of questions does not actually have to be 5 - that's just a generalisation. It might also take 3, 4, or 6 questions to get there.

Using the 5 Whys technique does not require any special resources - just persistence. As any parent knows, children are naturally gifted at it!

The following is an example that we have often used in our internal auditor training sessions:

An example of the 5 Whys in practice

The problem: An organisation that provides catering to functions is getting customer complaints that they are not receiving the food they ordered. Sometimes it’s the wrong food, sometimes the wrong quantity, sometimes too early or too late. Using the 5 Whys technique, we can drill down from the initial symptom to a root cause.

Drilling down from the initial symptoms is starting to reveal some potential causes, such as:

In our next blog, we'll take a look at Cause and Effect diagrams and other aspects of root cause analysis, including; utilising the knowledge gained and how software can enable the improvement process.

There is a requirement for some form of Root Cause Analysis in most ISO management system standards including ISO 9001 and ISO 27001. Specifically, the reference is in the section of clause 10 'Improvement' that addresses nonconformity and corrective action.

Having read this, you may also be interested in another blog article - Getting to the root of the problem #2 - Cause and Effect.

Photo by bruce mars on Unsplash