10 Essential tips for a Great QMS #2 – Involving Everyone 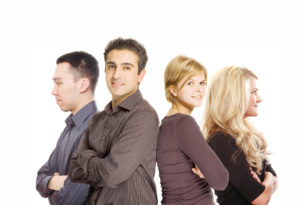 When everyone in an organization is aiming in the same direction, it will naturally have a better chance of getting there.

This tip is a natural progression from the previous one on Leadership and commitment from top management. For, if top management are genuinely committed to the quality management system, they will encourage the involvement and development of the people in the organization. Why? Because if everything ‘quality’ is left to just one key individual or even a few people:

The difference between a successful and unsuccessful organization can sometimes be a result of some subtle factors – in one case, there may be a sense of unity and purpose; people at least knowing what the organization’s values and goals are, and that they have a part to play in achieving them. In another case, there may be disunity, with individuals and business units working to different – and sometimes – conflicting agendas. In terms of quality management, a successful organization tends be one where everyone contributes – rather than taking an attitude like…

“Quality? Nah! that’s not my job. We’ve got someone who looks after that”.

When all the people in an organization are at least aiming in the same direction, that organization will naturally have a better chance of getting there.

So, just how can people be encouraged to be more involved?

One useful technique for achieving greater involvement may simply be re-branding. Eyes tend to glaze over at the mention of quality manuals and procedures. To many, the very word ‘quality’ conjures up visions of heavy, dusty folders from 1990’s vintage systems where consultants seemed to get paid by the kilogram of documents they produced, empires were built on bureaucracy, and auditors nit-picked over the minute details of documents.

Quality systems are better than that now aren't they? So, to move away from any negative image and encourage the involvement of everyone, why not re-brand as your Business Management System? That is something Qudos has been doing with our consultancy clients for some time and we believe it has a positive impact on the aim of involving everyone.

This article is adapted from our eBook ‘10 essential tips for a great quality management system’. The full eBook may be purchased as a Kindle book from Amazon.

Get your Free PDF copy by joining Qudos Club.