Are you winding down or winding up for Christmas? 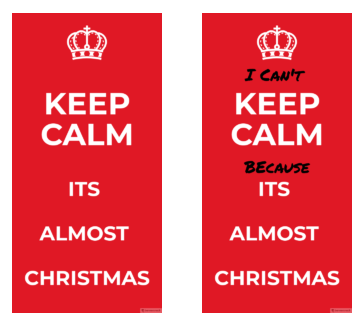 It’s that time of year again when most people seem to be shifting down a gear, with social events of all kinds appearing in the calendar. For the next month, most of us wouldn’t even attempt to implement any substantial plans or initiatives involving many people. You just know it won’t happen.

Better to go with the flow isn’t it? Anything significant can usually wait until the new year for kick-off.

There is also the flip side of the coin where some people have a rush of last-minute activity. Commitments that were made earlier in the year are now coming to crunch time. A promise of ‘Oh yes, it will definitely be finished by the end the year’ might seem safe to make in March or April, but if the objective hasn’t yet been achieved, this can be a very busy time indeed in the scramble to finish on time. Our thoughts are very much with in anyone in that situation!

We have just finished our last major project of the year with the release of a major update to Qudos 3 software to our cloud-hosted clients. We often find that this a useful time of year to review previous plans and get some of that admin work done. In between some of those social events obviously!!!

January will be a good time for reviewing how well we did on previous objectives and planning new ones for 2019. Of course, one of the principles of SMART objectives is for them to be Attainable. So, we can make sure that we don’t set targets that will leave us scrambling in December! We’ll have a detailed blog in January on that very subject.